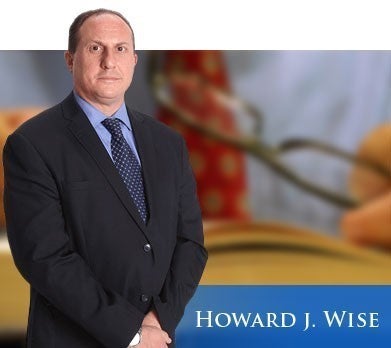 A Chicago Criminal Defense Attorney Who Understands Both Sides

Few attorneys can claim the diverse experience and history of successful cases of Howard J. Wise.

The dedicated and talented Chicago defense attorney began his criminal law journey more than two decades ago, when he began studying at the Thomas M. Cooley Law School. After being admitted to the Chicago & Northwest Suburban Bar Associations in 1997, Mr. Wise joined the Cook County State's Attorney's Office as the assistant state attorney.

During his time at the State's Attorney office, Mr. Wise was able to gain extensive experience in many different areas of the law, including criminal appeals, traffic cases, DUI, misdemeanors, and felonies. While working as a prosecutor, Mr. Wise developed a unique insight into how prosecutors in the Chicago criminal justice system reason, move, and attack. He honed his skills crafting arguments to put criminals behind bars, and he was quite good at his job, but something about it just was not satisfying.

After several years, he left his position to join the other side and protect people's rights as a criminal lawyer. Today, he uses his firsthand knowledge of prosecution tactics to strengthen his defense strategies. His exceptional understanding of both sides of criminal defense make him a formidable opponent in court with some of the most creative and resourceful strategies in the industry.